DEVELOPING
THE FUTURE
WORLD OF WORK

We’re navigating a world that’s becoming increasingly virtual and super-connected, thanks to the possibilities realised by talented software developers like you.

​​​​​As organisations seek to grow by creating ever-more intuitive user experiences and stronger internal networks, your skills are in high demand. It means that now is a great time to secure a new role and forge ahead in your career.

Find my next role

Employers don’t want to miss out on the value that developers can offer. Whether you’re a front-end, back-end or full-stack developer, or whether you want to work at a disruptive and edgy new start-up or a multinational enterprise, we’re here to help you uncover your potential.

Our network of employer contacts? Unrivalled. Our expertise in matching tech professionals with career opportunities that are just right for them? No contest. What will you get from us? Roles you can get excited about and the support you need to secure them.


Browse our latest software development roles, or submit your CV. 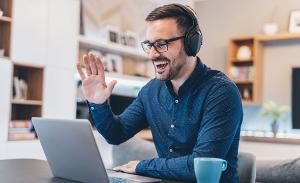 What to prepare ahead of your data science job interview 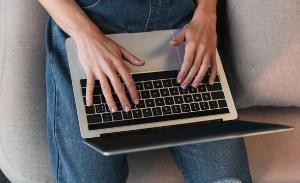 How to write a CV: 8 tips for candidates applying for their first role in tech 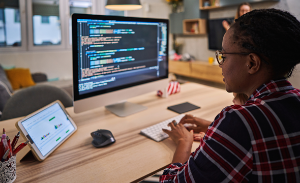 What are the top skills required to be a software engineer?

Questions to ask your interviewer in the new world of work

What programming languages does a software developer use most?

This depends on the type of software developer – for a front end developer mostly focused on the design aspect, React, Angular, Vue, JavaScript, HTML and CSS are mostly used.
A back end developer who works on server side coding and integration mainly uses .NET, C#, SQL, Java, PHP, Python, AWS, Azure, CI / CD, and full stack software developers will use a combination of both.

What software development skills are most in demand?

Competition remains high for Java and JavaScript fluency – highlighting the importance of both front end and back end development – and developers with experience in Python and C# are also being snapped up. Full-stack developers are especially prized by employers.
The use of cloud-based technologies and DevOps has grown rapidly, causing demand for AWS, Docker, Kubernetes and GCP skills to rise.

What can I expect to earn as a software developer and which languages pay the most?

Your salary will depend on your knowledge and experience. As a junior developer you can typically expect a salary of around £30,000 and a day rate of around £300. As a senior developer you would typically receive £55,000 to £75,000 or more, and a day rate of £450 to £500. If you’re a technical director you can receive salaries upwards of £90,000 in regional hotspots like London, the South East and South West of the UK.
Within fintech, salaries can creep even higher to £50,000 for junior developers, £75,000 for mid-level developers with a day rate of around £650, and over £100,000 for the most senior developers.
Of course, experience with certain languages and technologies is harder to come by, so employers are prepared to pay more. If you’re a developer with knowledge of Scala – often used for big data and machine learning projects – you’re in a great position to secure a high salary. The same goes for Google-developed language Go and Objective-C, the primary language for writing software for OS X and iOS.

How can I increase my salary as an experienced software developer?

For ambitious software developers, a commitment to continuous learning is key to better pay. Constantly refining your coding skills and knowledge of different languages, rather than limiting your expertise to one, will open you up to more than one job type and higher salaries.
Working on independent projects aside from your regular role will also help you discover what you are most passionate about, whether as a front end, back end or full stack developer.

What can I expect in interviews for software developer jobs?

Given the technical involvement, it’s unsurprising that almost all interviews for software development jobs will involve a coding skills assessment. Some organisations like to use technical testing platforms such as Codility, Gilder.ai or Showcode.
However, soft skills like reasoning and problem-solving remain critical. If you’re interviewing for an entry level software developer job you should showcase these as much as possible, especially if you lack technical experience.

What’s are the biggest software development trends in 2021?

Cloud technologies continue to be adopted at speed at organisations of all sizes across the world. Cloud-native engineers – already in short supply – will be in high demand. Investment in AI is also continuously growing as organisations want to make use of Machine Learning and Natural Language Processing.
More developers will be needed to build AI functionality into software applications, so any training and experience you have in this area will be highly valuable. Developments in the use of VR, AR and MR will also create a need for more development expertise in these areas.